← more from
Lame-O Records
Get fresh music recommendations delivered to your inbox every Friday. 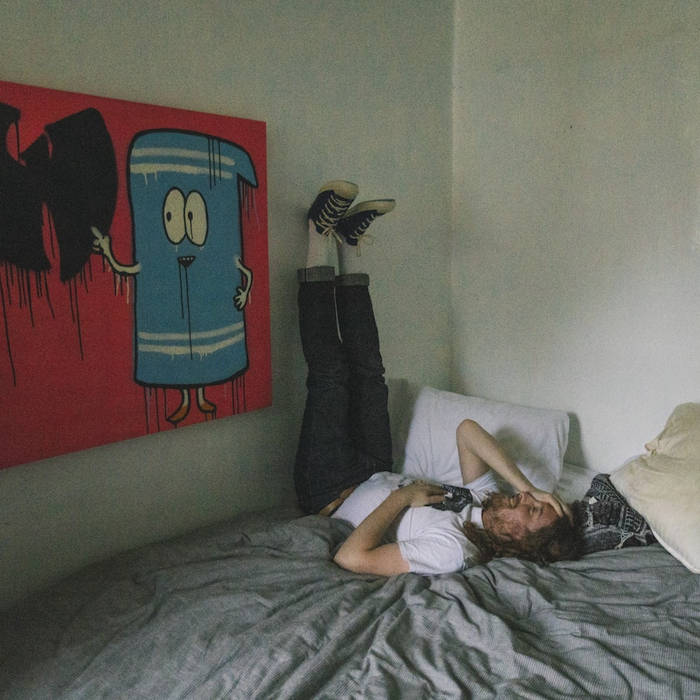 Sadaharu (the Lancaster band from the early 2000’s), the abandoned Lithuania song titled ‘90’s God’, irrational fear of God, modern rock radio, loud parties, Elise, Vince and Sarah, Scotty’s house (circa fall 2014), my old apartment on north 5th street, Brendan Mulvihill’s cushy office in Manhattan, the security guard at the Ticketfly office, assassination dreams, the cliché of the ‘washed up rock and roll man’, conspiracy theorist shut-ins, Chrissy and Thin Lips, Joe and Corey, Nathaniel Hoho, the fear of dying largely unknown and having lived a shitty life, all of my previous bosses (especially Jace Miller and Janice Vlahovich, they are both very nice), “For The Turnstiles” by N. Young, The scene in Office Space where dude is listening to rap music and rolls up his windows and locks his doors, shows at Everybody Hits (Philadelphia PA), frustrating writing sessions with pop singers, Barrett Lindgren, Little Light (the NJ band), the feeling of being on a boat and seeing someone you know in the distance, all therapy support groups nationwide, “Use Me” by B. Withers, Eric Slick (who co-wrote “RED STATE” and added his wonderful ending), MewithoutYou, The city of Murmansk, Russia and its overzealous border patrol, Red states in America with large radical populations, the stray dog that we almost hit with a sprinter rushing to the airport and him and I locked eyes in a moment of frenzy, Everyone dealing with Lyme Disease, people who do Sacred Harp singing (especially Aaron Weiss who introduced me to the concept), Stephen Buono for letting me stay over for a week in 2015, Samuel Delaney (most specifically for Dhalgren but also Times Square Red Times Square Blue), “Thought It Was A Drought” by Future, “Sloop John B”, “Pictures of Lily”, Zoë and Khari and Elevator Fight, the time I was inexplicably at Puff Daddy’s inauguration party for Obama and security wouldn’t let me meet Busta Rhymes, the “noble outlaw”, Lucy Stone for “no more ownership”, Ron Gallo for putting me up on a couch in Nashville, The Invitation, having a crush on Christmas, graveyards in New Orleans and the necropolis in Glasgow, the idea of creating a DIY alternative to Uber, Philadelphia apologists, Fleetwood Mac, The part in that david bowie song where he draws a pentagram on his floor, the Nordic Pine candle I got at Target, Nightmare Alley, Ouija: Origin Of Evil, Riverwards Produce, Craig Almquist for a vocal technique, good restaurants in Baltimore, the secret garden in Shadow Of The Colossus, Britton Tew, Ben Jones in New Orleans, taking a train across England with Brendan and meeting our British doppelgängers much later in life watching television on their tablets, taking a train to south carolina and desperately trying to sleep because I was distracted thinking about music stuff and later we had a fight about being present in the moment, the train scene in Spirited Away, seeing how long you can abstain from drinking alcohol, walking around Salt Lake City looking for tofu and being accosted by everyone you pass on the street, the feeling of losing all identity and the different ways to attain that feeling, Troll Hunter, the house in Ellicot City where my grandmother and grandfather lived until 2009-2011 when they both passed away-neither of them went to the nursing home they just lived there until it was no longer possible. They had a really wonderful porch where my grandfather and grandmother would always be sitting and waiting to say hello for us. They also had a really great yard with a dried up vineyard that my grandfather used to make wine in after he retired, K. Birthday and quotes I attribute to him, That newer nick cave song where he talks about the idea that when someone dies they wander around the earth for a while, sometimes it’s hard to imagine my dead relatives not here and I like to pretend that they are floating around watching every embarrassing thing that I do. When my grandmother was in the hospital I was really inspired by how she looked at passing away. She was ready to go and she accepted it. I can only hope when my time comes I am that brave. I miss you. Also, thanks to Everything for the idea that inanimate objects could fly through space, possibly shepherding us to whatever next world there is.

Tracks 1 and 2 recorded February 2017 at The Headroom, Philadelphia PA by Joe Reinhart.
Tracks 3, 5-7 Recorded June 2017 on Coral Street, Philadelphia PA by Ricardo Lagomasino.
Track 4 recorded on an IPhone at Stephen Buono’s apartment, Chicago Il by me.
All overdubs on ‘Climb To The Garden’ done August 2017 at Frisbie, New York, NY by José Díaz Rohena.
Additional recording on 1 and 7 done at home by me, 2016-2017.

This Record was mixed by José Díaz Rohena, and mastered by Ryan Schwabe.

Additional Thanks to my family, lame-o records, and anyone who has believed in the music that I have made in the past decade of my life. It’s appreciated.

Bandcamp Daily  your guide to the world of Bandcamp

The Hammer and The Relentless from the Boston band Malleus stop by for a chat.